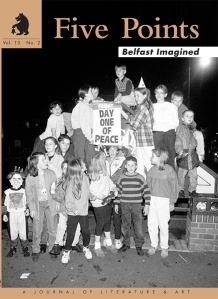 My father collected keys. He’d always collected keys, right from childhood. He had thousands. Maybe more—tens of thousands. But of course the one key that he was looking for had always eluded his grasp. His collection was never complete. There were some keys— important collectors’ keys—that he did not possess. That’s the nature of collecting. That’s the nature of keys.

The key all the collectors wanted to find was something called the Universal Key, produced by the Universal Key Company back in the late nineteenth and early twentieth century. Production of the Universal Key ceased sometime just before the First World War and no such key is now known to be in existence. There are no photographs, no catalogues, and only fleeting references in various learned and popular sources. Henry James mentions a Universal Key, for example, in one of his short stories, as does Mrs. Humphrey Ward in Robert Elsmere. Occasional reference is also made in various late nineteenth-century and turn-of-the-century periodicals and miscellanies such as Tit-Bits, the English Illustrated Magazine, and the Strand. Surprisingly, though, there are no extant newspaper or magazine advertisements. It seems that the Universal Key was once so popular and so widespread in its use that its manufacturers felt no need to advertise or to promote it.

My father never managed to acquire a Universal Key, but aside from his final illness and descent into madness and dementia he lived a long and healthy, if not happy life, mostly working in the hospitality industry—he was maître d’ at a number of top London hotels and restaurants. And when he died I, as his only son, inherited his vast collection.

I was never much interested in keys: as a child and as a young man I had come to resent my father’s hobby, which had begun as a harmless minor pleasure but which eventually had come to consume his every waking hour. His unceasing talk of and reckless spending on keys had eventually led to my parents’ divorce. For many years after his death I kept the keys in storage.

However, some years ago, after the breakdown of my own marriage and in order to raise capital for a new business venture, I decided to sell the collection—to the very collector in the United States, in fact, who had so troubled and tormented my father—and with the money raised I started my business.

The Universal Lock Company, with its Universal Lock, has proved to be an enormous success, both among collectors and also among the public at large.