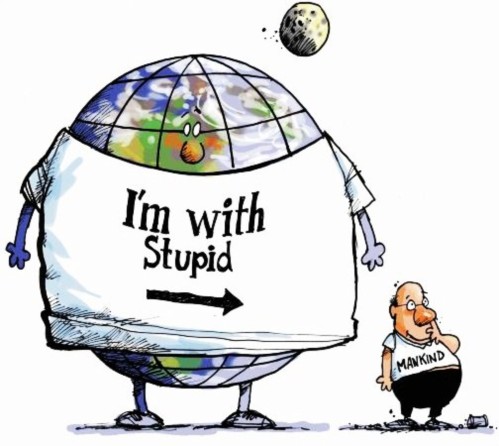 Not to be confused with the more well-known U.S. Earth Day (April 22), this is international Earth day (which actually makes more sense…after all, isn’t earth day about celebrating the entire earth?). Anyway, this particular Earth Day is also known as “Sun-Earth Day” and was started in 1970 (incidentally, the exact same year that U.S. Earth day started). It is always celebrated during the spring equinox, which happens to be today! You don’t have to look hard to find nature-related poems, and here’s one that many of you might know:

***
I Wandered Lonely as a Cloud
by William Wordsworth
***
I wandered lonely as a cloud
That floats on high o’er vales and hills,
When all at once I saw a crowd,
A host, of golden daffodils;
Beside the lake, beneath the trees,
Fluttering and dancing in the breeze.
***
Continuous as the stars that shine
And twinkle on the milky way,
They stretched in never-ending line
Along the margin of a bay:
Ten thousand saw I at a glance,
Tossing their heads in sprightly dance.
***
The waves beside them danced; but they
Out-did the sparkling waves in glee:
A poet could not but be gay,
In such a jocund company:
I gazed—and gazed—but little thought
What wealth the show to me had brought:
***
For oft, when on my couch I lie
In vacant or in pensive mood,
They flash upon that inward eye
Which is the bliss of solitude;
And then my heart with pleasure fills,
And dances with the daffodils.

I thought this one especially fit for celebrating nature–as it points out, you don’t actually have to be out in nature to appreciate its beauty. Sure, it helps to be out in the fields, but if you’re too lazy to leave your couch, at least you still have your imagination to conjure it up for you. And what better way to spark your imagination than with poetry? Find more Wordsworth poems here at the Poetry Foundation (you can bet that nearly all of them have something to do with nature). But you can also find nature poems here at Poets.org. And of course, Robert Frost is another famous nature poet (I had to hold myself back from posting another of his poems this time, but I thought it’d be nice to give some other poets a turn in the spotlight). Still, you can read many of his poems here as well.
***
So Happy Sun-Earth day! And no matter how impressive your powers of imagination, I’d still suggest stepping outside and appreciating nature in its true form, especially if you happen to have a field of daffodils located conveniently nearby. 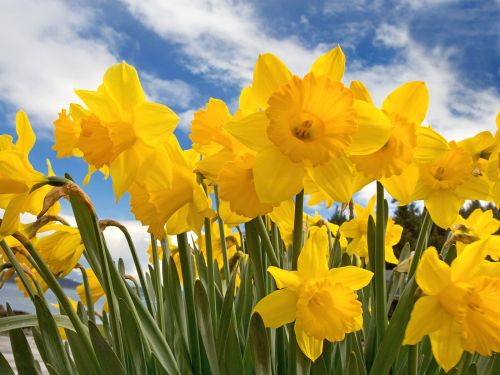